My GPU failure story part 1 of 2 : How to detach your GPU

It was one day, one rainy day, when the horrific incident occurred..

My GPU..
Its temperature at no where near half load..

SHOT UP ENOUGH TO BOIL WATER.

My GPU fans failed. It took me a while to realize – I noticed game lagged unusually more, I thought it was simply lack of optimization.
ima nub.

I was SO lazy and decided to cheap out, leaving the case open and directly blowing a fan into the components. 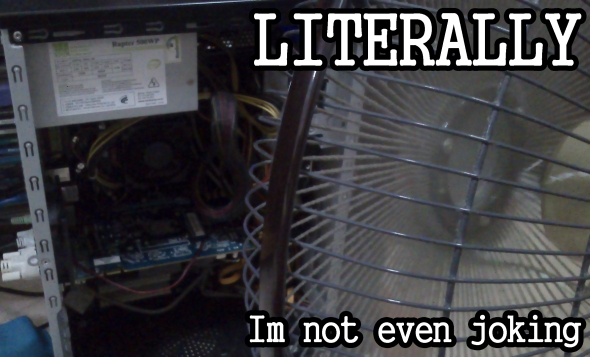 I kept my computer running like this for a month or two,
UNTIL MASSIVE ENDLESS CRAZY WTF HOLYFUCK LOADS OF GRAPHICAL WORK WERE DUMPED UPON ME

I just could not keep the GPU at optimal temperature to edit MASSIVELY BIG images :( 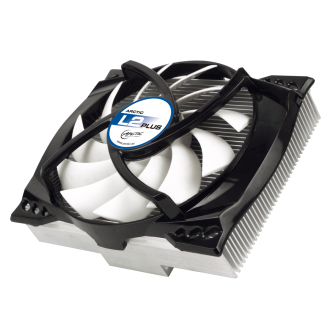 Ordered Arctic Accelero L2 Plus!
One of many which supports 9600GT… <There is a reason for the presence of …dotdotdot

Until the cooler arrives, I realized making my 9600GT suffer more won’t be the best option
so I swapped to my old shitter 8600GT. 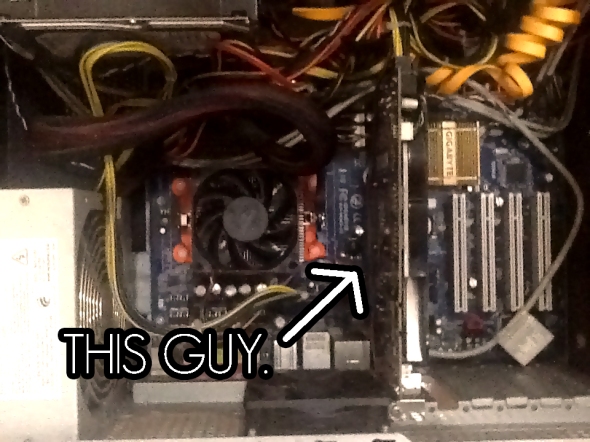 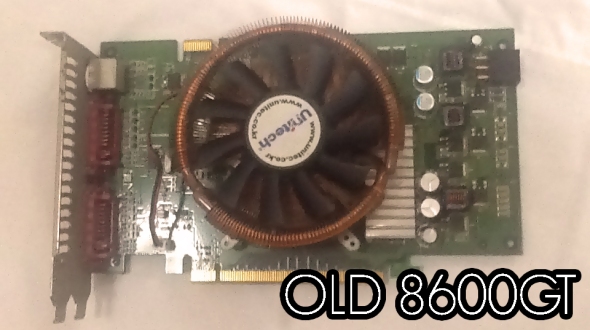 History at a glace.

I thought the cooler will fit perfectly at that point

I was horribly wrong LOLOLOL

This entry was posted on 28/09/2013 by @Bermuda_UT. It was filed under ▶ Daily Life ;] and was tagged with cooler, does not turn, experience, fail, failure, gpu, high temperature, hot, lag, lagging, personal, stop, stopped working, vga.